permalink
Top
+0
-0
SPONSORED
founder
supporter
No. They are livestock. Folks have them, in some cases legally because they are out of the city limits and some illegally because their neighbors don't complain but technically, not in the city limits.
permalink
Top
+0
-0
If there are others out there that want them in city limits I would help to write something up to purpose it to be added to the city laws.
Bozmen and other cities in Montana do let you have them. They are great pets along with bug eaters and give fresh great eggs.
permalink
Top
+0
-0
I'm all for that. Put a limit of 6-8 hens, and no roosters and your neighbors won't even notice you have them. They are great for controlling insects, easy to care for, and you can't beat the quality of the eggs. Anyone know what the process is to get the city ordinance changed?

Liz
permalink
Top
+0
-0
supporter
Really? You can't have livestock in the Miles City city limits? I would have never thunk it.

Here in Helena, the only prohibition is that livestock has to be more than 25 feet away from a dwelling.
permalink
Top
+0
-0
founder
supporter
Greetings. I'm the chairman of the zoning commission, which is why I knew the answer offhand. Someone would have to propose the change to the commission, which would discuss it. If an ordinance change is called for, there would be public hearings by the commission, then on to the city council. Start with the engineer's office upstairs in city hall for details.

WARNING! There is NO guarantee any proposal would pass and even if it did, the average length of time for a zoning ordinance change to go through all the channels is 120 days. There is no 'quick' way because of meeting schedules and public hearing notice. I don't think there is anything on the June agenda. We meet the first Monday of the month and get an agenda out a week before that so if you are really concerned, get moving ASAP.

Really? You can't have livestock in the Miles City city limits? I would have never thunk it.

Well, you wouldn't want people just driving through to think Miles City is full of hicks.
permalink
Top
+0
-0
I just talked to a friend in Orem Utah today and they mentioned that they have chickens within the city limits. That surprised me because of the ordinance in MC. As more people find out about what goes into the supermarket chickens as far as chemicals and hormones they are becoming more interested in raising their own fowl. Similar to the way they used to do it for a long time before the current era.

I'm all for it as long as they don't smell and there are no roosters. I have so many box elder bugs I could feed a flock for a long time. With chickens controlling insect populations that could help reduce chemicals in the environment too.
permalink
Top
+0
-0
supporter
As Steve points out, the lack of chickens in Miles City is what indicates that the town is full of uneducated hicks.
permalink
Top
+0
-0
Amorette, thanks for the info. Anyone feel like taking this on? My understanding is that many, many towns and cities allow a limited amount of hens only. Places like Aspen, and Denver Colorado. It just makes sense!

[This message has been edited by Stan Wheeler (5/17/2010)]
permalink
Top
+0
-0
Chickens are allowed in the City of Houston, TX. My understanding is that their roosts must be so many feet from the next property line and as I recall it is not that much. Roosters, I agree, are probably not welcome!
permalink
Top
+0
-0
Not so fast, Gunnar.

A revised set of Animal Control ordinances is under review by our city attorney. One of the proposed revisions is to allow a limited number of chickens and related fowl under 3 lbs. within the city limits.

Contrary to popular local belief, Montana statute does not prohibit the keeping of poultry within the city limits of a Class II city. It's only our local ordinance that currently allows for the keeping of up to 3 rabbits but prohibits the keeping of any poultry. That might be changing soon.
permalink
Top
+0
-0
supporter
So how much extra will flood insurance be for the chicken coop?

permalink
Top
+0
-0
Not sure. We're still getting our heads around the full complement of derivatives impacting the availability of crop insurance should we decide to cross that road... 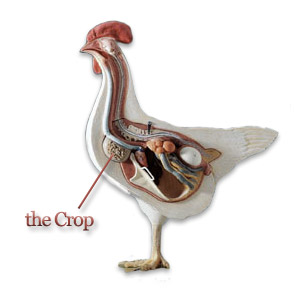 [This message has been edited by Richard Bonine, Jr (5/18/2010)]
permalink
Top
+0
-0
moderator
founder
permalink
Top
+0
-0
Joe while you are considering the chicken idea, you may want to consider bringing back the town milk cows. It could be a jobs issue a few teenagers would be employed bring the cows to town in the evenings and returning them to pasture in the morning. Also could be a tourist attraction as Miles City is already known as a cow town. I doubt there are very many towns left that have a milk cow herd.

So, I won't put chickens on the zoning commission agenda. What about sheep? My lawn keeps getting out of hand and I could use a 'green' lawn mower.

What about sheep? My lawn keeps getting out of hand and I could use a 'green' lawn mower.

Guess we will leave that up to "ewe".

Section 4-3. Keeping of certain animals prohibited; exceptions.
(a) It shall be unlawful for any person to keep any swine, goats, horses, cattle, chickens, geese, turkeys or other domestic fowl within the city limits at any time, except to bring same to market for commercial purposes, and the same shall be kept and cared for by the owner or person in charge thereof at such place as may be directed by the chief of police and the city-county sanitarian.

Did anyone notice the conspicuous absence of sheep?

However, a couple of cautionary notes:

From the Montana Code Annotated:

And, again, from the Miles City Code of Ordinances:

Sec. 15-1. Public Nuisance defined
(f)Maintaining or accumulating on any lot or parcel of land, garbage, refuse, decaying vegetation, animal bedding, waste or feces, cesspool, water holes, unsealed water tanks, stagnant water, or any other condition which is or may reasonably become infested or inhabited by rodents, reptiles, vermin, or wild animals or may furnish a breeding place for mosquitoes or flies;

It looks like you're off-the-hook, Amorette, as long as you keep in mind the old proverb that "lambs fatten on grass".
permalink
Top
+0
-0
I would love to see this happen. If anyone is interested they also ought to look into the raising of pigeons. I have eaten them and their eggs while living overseas. The meat is good and the eggs are just like chicken eggs except smaller. Pigeons produce WAY more than chickens per pound of food and breed like rabbits. They are also great for keeping for bird dog training.
permalink
Top
+0
-0
supporter
Speaking of chickens:

permalink
Top
+0
-0
founder
supporter
In Miles City, all you have to do to raise pigeons is have an abandoned building. You abandon it and they will come.

Seriously, I have heard stories of folks who lived on pigeons during the Great Depression. They used slingshots to kill pigeons for the family dinner.
permalink
Top
+0
-0
Chickens can pass disease to humans. In particular, the transmission of avian flu and bacteria are of great concern. Live chickens can pass avian flu to humans and bacterial infections can be transmitted through contact with the birds. Staph infections and food poisoning can be contracted if proper food handling procedures are not followed. Properly cooking chicken removes part of the risk but it does not remove all risk. Care should be used when in contact with chickens.


Colorized electron microscope view of H5N1 virusThis is a serious viral infection that has many people worried. Some medical professionals feel that avian flu will be the next flu pandemic. There are two strains of avian flu of particular concern. Both H7N7 and H5N1 are proven to pass from poultry to humans. The first was noted in an outbreak back in 1997 in The Netherlands. Almost 100 individuals became infected with this virus as a result of direct contact with chickens and poultry. The H5N1 is more recent. First identified in 2004, it remains a worldwide concern.

Chicken mites (red mites, bird mites) suck blood from chicken and other birds. They don't much care for humans, but they will bite and a lot of people will get an itchy rash from them. They also will infest cats and dogs.

They are not known as disease vectors, but are capable of carrying the virus for St. Louis encephalitis, and can pass Salmonella species from bird to bird.
permalink
Top
+0
-0
supporter